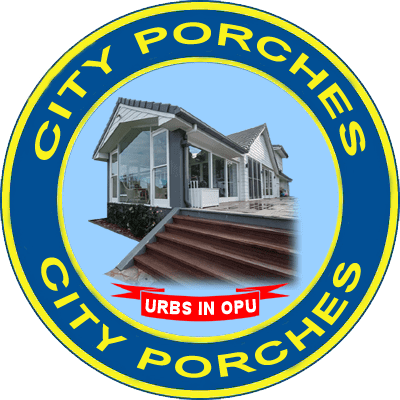 History of Porch Violations – The government only wants to increase our problems! My deck permit was turned down; the City laws are so inconvenient! Why can’t I have my porch designed as I want?

Sounds familiar? Let’s face it. We have all blamed the City for delaying things at some point. Everyone wants a porch where they can relax after a long hard day. But very few realize the importance of porch maintenance. If you knew more about porch collapses in Chicago, you wouldn’t be so flippant about the rules or blame the government for your inconvenience.

Indeed, these laws are here for your safety. Do you know that as per the Consumer Product Safety Commission analysis in 2015, since 2003, more than 6000 people have had to be taken to emergency rooms due to deck collapses? Not only that, around 29 people lost their lives due to these accidents too!

Yes, the rooftop deck you love so much can be a cause of severe accidents and that too potentially fatal ones. Porch violations can cost you more than just money, which is why it’s so vital to adhere to the building guidelines.

Until you know the consequences of porch violations, you won’t understand the gravity of the situation. It’s human nature, after all! But if you think porches can never be dangerous, here are some incidents that will change your mind instantly!

This is perhaps the deadline of porch collapses in Chicago, wherein 13 people lost their lives. Yes, you read that right! The collapse of the rooftop deck claimed 13 lives, leaving many injured.

29th June 2003 was the fateful day when the porch attached to the rear of an apartment building in the Lincoln Park neighborhood collapsed during a party. A party was being held on the second and third floors, and most of the attendees were in their early 20s.

Around 50 people were enjoying the party on the top wooden balcony when it collapsed. There was a sound of splintering wood right before the collapse. It started from the third-floor balcony and eventually was followed by the collapse of the second and first-floor balconies too. Several people were trapped under the debris.

The ensuing investigation revealed multiple porch violations and errors in construction, which contributed to the collapse.

On 26th may, 2018, Robert and Jeollen Powell were enjoying the day with their 19-year old daughter Clair on the second-story porch of the apartment they were renting in Highland Park, a section of the porch fell down to the first floor.

The result? The family suffered multiple injuries and fractures to the torso, skull, and ankle. Investigations revealed that the porch, which was constructed in 1999, had rotten support members. Yes, the accident could have been prevented with adequate porch maintenance.

A similar accident happened on 10th June 2018 when a porch gave way during a party. Around 20 people were on the deck on 5400 block of North Ashland Avenue when it collapsed onto the porch below it.

Three people were severely hurt during the accident. They sustained head traumas and fractures of the leg and wrist. Fortunately, there were no deaths. What did the investigations reveal? The porch supports were rotten!

The incident, which occurred in the 11700 block of South Church Street, led to two adults and two children falling about 10-12 feet, following which they were rushed to the hospital with critical injuries.

Porch collapse on 13th June 2020 left two men injured in the West Town neighborhood Chicago. The incident occurred in the 400 block of North Armor Street. The man was rushed to the hospital in critical condition, where he later stabilized. According to reports, the victim was grilling on the deck at the time of the accident.

You must have noticed a drastic increase in news related to Chicago porches in local newspapers. The many accidents and injuries have prompted the Chicago Building Department inspectors to be even more vigilant. They now scrutinize porch architectural drawings even more closely.

Think about it. You built a deck on your property to have leisurely time with your family. You invite friends over and have great fun grilling chicken and goofing around. All of a sudden, you hear strange noise, and before you know it or can even process what has happened, the deck gives away. Your friends and family are trapped under the debris. They sustain severe injuries.

Sounds scary, doesn’t it? This is what happens when you aren’t careful with porch construction. And the worse isn’t over. When the insurance company finds out that the deck collapsed because substandard materials were used or you didn’t have a permit for it, you won’t be paid for the damages.

The result? You have to pay for the expensive medical treatment, repairs, and even a fine for violating the City’s codes. All of this could be avoided if you merely consult the right people for your porch construction.

We get it! No one likes being told what to do, and you definitely don’t want someone to tell you how to use your money. But there are lives at stake here. When you try cost-cutting during porch construction, you compromise its sturdiness and durability. And this is something the City cannot allow.

Also Read: Importance Of Avoiding Porch Violations: What You Must Know?

So what can be the result if you are found guilty of porch violations?

Remember, porches are no different than other structural components of a building. It’s vital to adhere to the Chicago building code irrespective of the size and extent of your deck. As we have proven, accidents can happen at any time. And it’s your job to minimize the risk.

You aren’t the only one who feels building permit regulations are a hassle. Indeed, they are pretty time-consuming. But here’s what you need to remember. These codes have been developed for your safety and not to make your life difficult.

The purpose of these building guidelines is to keep you safe and prevent significant damage to your property. More often than not, porch collapses in Chicago can be attributed to violations. They aren’t built as per structural standards or haven’t been appropriately maintained.

Surely you don’t want anyone to sustain significant injuries due to your negligence. Investing in porch maintenance protects you from getting on the wrong side of the law. Additionally, it saves you quite a lot of money in the long run.

Having a proper permit gets you in the clear. If you decide to sell your property in the future, you will have sufficient documentation to raise your property’s value.

Why Trust A Professional For Deck Construction?

If you want to make the most of everything porches can offer, hiring a professional is your best bet. You need someone who will follow all the local permit processes and regulations, someone who will know what you are looking for and align your requirements with the City’s codes.

Hiring someone who doesn’t follow permit and inspection requirements can land you in great trouble. Are you still wondering about the benefits of hiring the best contractor for your rooftop deck? Here are some factors that will help make your mind.

A lot has to be taken into account before the deck construction begins. If you want to have a high-quality deck, you need the right materials, tools, and equipment. And these are things you only get with a professional.

A professional porch builder will ensure that the deck is structurally safe and sound. At the same time, he won’t compromise on the aesthetics. So you will get the best of both worlds!

We know you can’t wait for your deck to be ready! This is where a professional can help you out. They will get the job done faster. After all, it’s what they do!

They know the kind of plan which will get you the permit in a jiffy. Additionally, since they will be complying with the City’s codes, there’s little chance of your project being halted too. Everything will go on smoothly if you have a pro on board!

The most significant benefit of hiring a reliable deck builder is getting a warranty. Porch maintenance won’t seem such a challenge now! If you feel something is amiss, you can get them to inspect the site without any worries.

The warranty may also protect you from bearing expenses for porch damages due to weathering or natural disasters.

Everyone wants their deck to look a certain way. But a professional will guide you on how to make your porch not only unique but also practical. He will ensure the porch looks as you have envisioned while complying with the building regulations.

If you aren’t sure what you want, the professional will provide you with some incredible options you can consider.

A professional deck builder has enough experience to navigate through the whole process smoothly. He knows the tricks of the trade. Therefore, he will be able to ensure there are no hiccups or unwanted delays in your project.

Yes! As incredulous as it sounds, hiring a professional will actually save you money. You won’t have to invest in expensive repairs later if things are done right the first time.

Porch Maintenance: Do not Take it Lightly

We have only briefly described a few porch collapses in Chicago. You will find plenty of similar incidents that have claimed lives and caused severe injuries. Since 2003, the City has given utmost attention to building guidelines, and strict actions have been taken against those found guilty of violations.

Yes, getting approval for rooftop decks and balconies has become more cumbersome. The cost of construction has increased significantly too. Indeed, a new porch now costs around 30% more than what it used to before the 2003 accident. It takes longer to build the deck too.

But the thing is, all these measures and building guidelines have made the porches much safer. They last longer and are less likely to succumb to accidents. There’s a reason that the City is so stringent about porch violations. It’s for the safety of the citizens.

You might have to wait for two months to get a permit for porch construction. There will be immense scrutiny on the design, and they will inspect your site frequently . But if you do everything by the letter, you can be assured you have taken the required measures for safety. The strict laws have also forced builders to be more careful of their architectural drawings and plans.

Things won’t seem such a hassle if you have a reliable porch builder on your side, someone who would pay attention to detail, help you with the permits and get you a design that not appeals to you but also abides by the City’s codes.

If you want a porch that lasts for ages, is safe and sound, and wouldn’t get you in a legal mess in Chicago, City Porches is here for you!

The many porch collapses in Chicago should be a lesson. It’s time to put an end to violations and make the City safer. And we can help you with that!